February 4, 2015 By Ramona du Houx A special commission set up by the Maine Legislature has released a report on the threat of ocean acidification in Maine waters. The report called for further research into the problem, saying there was an “urgent” need to address ocean acidification. Ocean acidification — a change in the chemical composition of seawater — […] 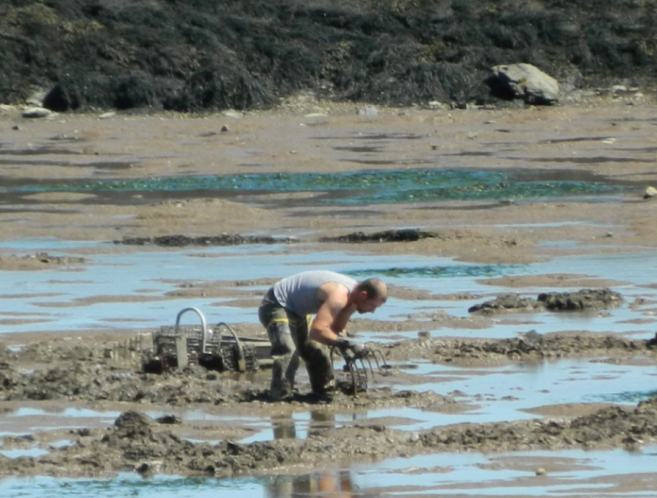 A special commission set up by the Maine Legislature has released a report on the threat of ocean acidification in Maine waters. The report called for further research into the problem, saying there was an “urgent” need to address ocean acidification.

Ocean acidification — a change in the chemical composition of seawater — is driven by increased greenhouse gases and other pollution and makes it harder for shellfish like clams and mussels to form shells. The report cited cases of mudflats in Casco Bay where juvenile clams are not surviving because of ocean acidification, as well as a potential risk to the lobster fishery. 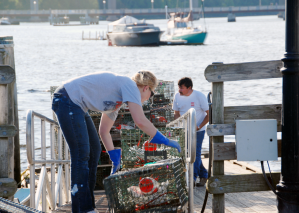 The new report said that, “for Maine and its commercial fisheries, addressing ocean acidification has become an urgent matter,” and called for comprehensive research on the impacts of an increased acidity along the coast. “To assess and prepare for the impacts of ocean acidification on Maine’s commercially valuable species, more research is needed,” according to the report.

In 2014, Congresswoman Chellie Pingree introduced legislation to require federal officials to study the effects of ocean acidification on coastal communities in Maine and around the country.

“We know ocean acidification is happening,” said Congresswoman Chellie Pingree. “But we need to do a lot more work to figure out what the full impact will be on shellfish, lobsters and the industries they support. The effect on Maine communities could be significant and we need to have better information so we can be better prepared.”

The report said the impact of ocean acidification on lobsters is not clearly known.

A giant lobster was an unusual catch in Maine, courtesy photo

“The most alarming of the commission’s findings is how much we do not know about ocean acidification and how it will affect Maine’s commercially important species, including the iconic lobster,” the report’s authors said.

Pingree’s bill would require the National Oceanic and Atmospheric Administration (NOAA) to study the socioeconomic impacts of ocean acidification on coastal communities. Under her legislation, the Secretary of Commerce would be required to conduct studies to identify which communities are most dependent on ocean resources and how acidification would affect them if valuable industries like the lobster fishery were impacted.

The report was produced by the 16-member Commission to Study the Effects of Coastal and Ocean Acidification on Commercially Harvested and Grown Species. The panel was made up of fishermen, scientists, legislators and members of the LePage Administration.