NMCC students (from left) Neil Berry and Eric Harvey take in the view at the top of the wind tower on the UMaine Presque Isle campus. As part of their safety training, all wind-power students must complete a climb test on the 225 foot tower, including standing on top of it.

“The development of wind power in Maine has emerged as a significant economic opportunity, and has provided one of the few bright spots in struggling rural areas of the state, particularly during the last three years of recession,” said Colgan.

The economist highlighted the fact that gas and oil prices are soaring again due to recent events in the Middle East. He said being dependent on fossil fuel mainly form foreign resources places Maine’s economy at risk. He said it has in the recent past, 2008, and will do so again if we don’t continue to support wind and other alternative renewable energy sources.

Colgan’s study is an examination of three major wind projects developed over the last seven years; Mars Hill, Stetson Mountain phases I and II, and the Kibby Project.

“Over the eight years of planning and construction for these three major wind projects, an average of 240 jobs per year were created or supported in the Maine economy,” said Clogan. “During the peak years of wind farm construction activity in 2008 and 2009, the industry created or supported an average of over 600 jobs. Keep in mind— these jobs were created during the recession.”

A major employment benefit was wages estimated at roughly $46.8 million. The average wage for construction jobs, including benefits, was $29 an hour, according to Reed & Reed, the lead contractor on the projects. Reed & Reed expanded its operations and workforce due to wind power development jobs, at a time when other construction firms had to cut their workforce.

The co-chair of the legislative committee that handles energy issues, Rep. Stacey Fitts underscored the business potential wind power has in Maine as wind turbine components can be manufactured here with technology developed at the University of Maine, and then the components as well as the energy could become an export products.

Chris Gardner, Washington County Commissioner and Director of the Port at Eastport, explained the economic reality of his region of the state and how it has benefited from wind power.

“Residents of Washington County have found work and small businesses have had some of their best years in a very long time,” said Gardner. “The Port of Eastport has accepted deliveries of wind power components in the recent past, and as a result many trucking companies were busy. Small convenience stores, gas stations, lumberyards, hardware stores, motels and restaurants have seen a boost in their business due to the wind projects.”

“NMCC is committed to developing programs, like New England’s only wind power technology training program, which will graduate its first students this May,” said Timothy Crowley, President of Northern Maine Community College. “We are also developing the Northern Maine Center for Excellence in Alternative Energy Training and Education, which will support the expansion of alternative energy across the state.”

Joel Williams found himself as part of Reed & Reed’s crew after being homeless. “This job saved my life and helped to keep me and my family in Maine. And I’m very proud of my story, and am eternally grateful to the wind industry,” he said. 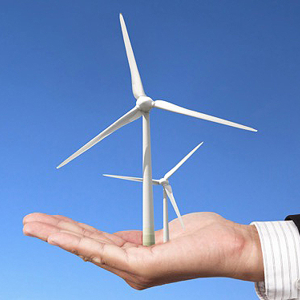 Jeremy Payne, Executive Director of Maine Renewable Energy Association said there has been $946 million in investment and expenditures over the last 7 years, and more than 300 Maine businesses have been positively impacted by wind projects.

“What we have here is an incredible economic development success story,” said Payne.