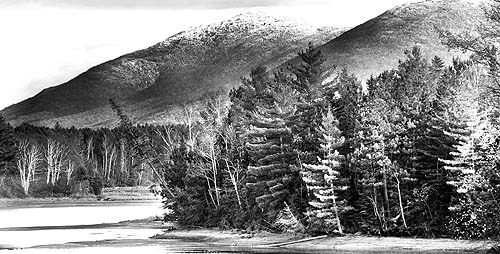 December 16, 2010
“It’s a done deal,” said Alan Stearns of the Maine Department of Conservation’s Bureau of Parks and Lands. “The lands will become a multiuse playground for the people of the Millinocket area.”

After three years of negotiations, Roxanne Quimby has agreed to sell more than 5,000 acres north of Millinocket Lake to the state of Maine for $2.1 million. The land will be maintained as a working forest, with public access for recreation.

The state also secured conservation easements on roughly 2,850 acres of Quimby’s land near Whetstone Bridge for half a million dollars. This agreement guarantees public access to the land for hunting, snowmobiling and other recreation.

The state’s Land for Maine’s Future will invest more than $760,000 in the projects. The remainder needed for the land purchase will be covered by federal grants from the U.S. Forest Service and the U.S. Fish and Wildlife Service.

The deal will help secure a snowmobile corridor connecting Millinocket to Aroostook County.

This latest deal between the state and Quimby has its roots in Governor Baldacci’s successful effort to add the Katahdin Lake property to Baxter State Park back in 2006.

Since 2002, Maine has preserved over 700 thousand acres of land for the people of Maine.