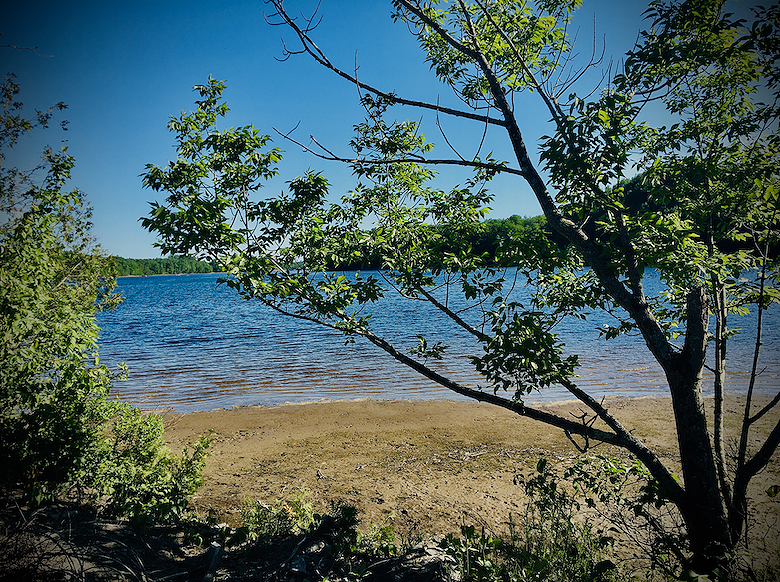 When Seth Wescott came from behind the pack of snowboarders and rocketed across the finish line, Maine was electrified with excitement. So was the nation, it was the first time an American had won a back-to-back winter Olympic event since 1960. It was the first time anyone had accomplished it in the new sport, one in which Wescott continues to define.

“Regardless of his winning the gold medal, Seth Wescott conducts himself with integrity; he helps his community and state, he’s a real sportsman, and role model. He’s a true ambassador of Maine,” said the Governor.
Wescott’s journey reflects the state he loves.

The people of Maine are innovators. They look out for one another, and posses an independent drive. They take pride in protecting their land and quality of life. Since 2002 1.3 million acres have been protected under the Land for Maine’s Future, bond program. Maine cares. It’s a state where community exists, and is thriving.

When Wescott won the Olympics in Torino, Maine was beginning to emerge as a real player in the global economy, as new research and development taking place at our universities and Pine Tree Zone economic incentives for businesses began to take hold. For most people living in Maine the change was subtle, and hard to notice. During the same time opportunities opened up for people with a new community college system aimed to educate a workforce for the 21st century.

Years of training in Maine, discipline, a positive attitude, a great love of nature, community and family helped Wescott over the finish line. His win was amazing for residents but not many understood the determination of the Olympian to repeat the performance, four years later. That drive is ever present in the people of Maine who wish to succeed for the benefit of their state and community, not just for personal glory.

Wescott didn’t sit still. He continued along his journey, always taking the time for his community, encouraging others. He became a role model, promoting being outside as a way to become healthy. His training continued, his dedication and love for Maine and his sport never wavered. He worked with Governor Baldacci to get Maine’s children outside exercising and enjoying nature. He continues to help nonprofits and co-owns a restaurant, taking part directly in community life.

The Governor didn’t sit still, either. He continued to implement his vision for Maine initiating programs to utilize and sustain its natural resource base, while building its knowledge base.

When Baldacci was reelected, emerging technologies in composites, biochemistry, and in renewable energy, like biomass, began to really take off. So did businesses associated with these technologies that partnered with researches at Maine’s universities. The state promoted the growth of these ‘clusters’ of innovation with legislation, bonds, and Maine Technology Institute grants.
All the while Maine’s green energy economy was taking hold. The state had become a role model for its energy policies, solar and wind energy rebates, as well as energy efficiency programs initiated by the Baldacci administration.

The groundwork was laid for future investment in green energy technologies. Maine’s unique public/private relationship with researchers their communities and government was beginning to transform the state’s economy. Although there were no gold medal celebrations, the green energy revolution was under way in Maine.

Then the recession hit, luckily recovery act funds would help continue to build what Maine had started. So, when President Obama’s administration took a firm stance to transition the American economy to a clean energy economy, the state was ‘shovel’ ready to receive the stimulus grants.

Now the state has a partner in Washington, D.C. That partner invited Governor Baldacci to Washington, along with ten other governors that had been working on offshore wind, for the creation of the Atlantic Wind Consortium. Currently it takes up to nine years to permit an offshore wind platform under federal regulations, while a nuclear power plant only needs four years. The Consortium, and the President, want the time it takes for federal offshore wind regulations to be cut dramatically and are working together to make it happen. This change of direction, at the federal level, should lead to direct investment in Maine’s offshore wind development projects.

President Obama recently announced federal funding to increase biomass production which means Maine will receive about $150 million because of the work already done transitioning paper mills to biomass energy producers and assisting businesses to use biomass, and biodiesel.

“We are the Saudi Arabia of woodlands,” said the Governor who has implemented sustainable forestry practices while promoting wood and biomass as an energy source. His Great Maine Forests Initiative would create large-scale conservation areas while providing stable and sustainably managed sources of wood for the forest products and energy sectors.

The Governor went to Europe promoting Maine’s energy potential, and spent time viewing a Norwegian offshore wind platform, in the North Sea, to make sure an agreement was made between its manufacturer and UMaine to share research and erect similar floating wind platforms, off Maine’s coast. The Baldacci administration, and Maine’s Congressional Delegation have been working straight out promoting wind development because once the electrical energy from renewable resources begins being transmitted, on a revitalized grid Maine will be on the road to becoming a clean energy exporter.

Once the transmission corridors are established and federal offshore wind regulations streamlined the ripple effects in Maine’s economy should reach all corners of the state, improving incomes, and the quality of life. When this happens, there won’t be any gold medals but Maine will be a world leader in wind development on the road to being energy independent. Estimates say 15,000 jobs could be created during this time working with the research and development facilities at UMaine.

The people of Maine continue to play their role as bond investments will be on the ballot June, 8th. The governor working with the legislature, have put together an investment package that will put people back to work, grow the economy, and continue to build the state’s infrastructure in clean energy development. Continued investment in the green energy economy is key to Maine’s energy independent future.

For some it’s hard to imagine but the same drive that inspired Wescott exists within a community of people who are focused on transitioning Maine to an energy independent future.

All of this takes dedicated public servants, individuals, partnerships, community, that Maine spirit, and the will to see Maine succeed— for future generations. It takes people working together for a common goal, because they care.

This is truly how Maine is golden.