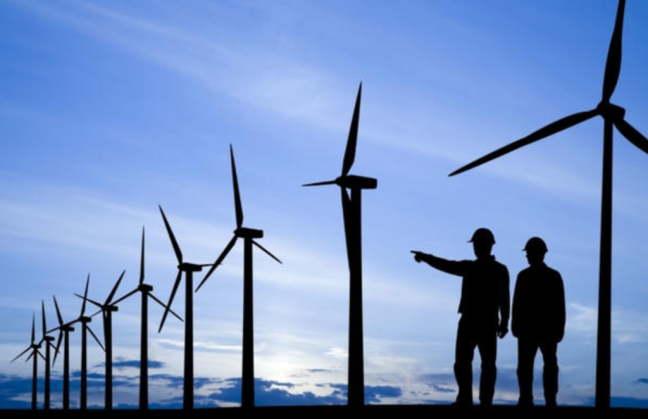 A new wave of graduates just entered the workplace, searching for jobs. Many wonder if suitable jobs for the 21st century are available here. It may surprise you — new jobs in Maine are actually on the increase.

According to the Department of Labor, for the first three months of this year, Maine added 2,300 actual jobs. That is the first period of job growth Maine has seen since the recession started to take hold.

Over the last seven years, the state has ramped up research and development with bonds. As a result, there are now more positions available at high-tech companies. Recent graduates might even attend an acclaimed graduate program at UMaine’s Graduate School of Biomedical Science, established three years ago, or work with brilliant scientists at Jackson Laboratories, Bigelow Laboratories, MDI, or other leading research institutions in the state.

Maine’s economy is changing and so are Maine’s educational institutions and career centers, to help prepare workers for a future here in Maine. The Community College System continues to have a burgeoning enrollment, with 98 percent of graduates finding employment in Maine. Governor Baldacci’s initiative REALIZE!Maine has successfully established regional networks of young professionals: like Bangor Fusion and Portland-based Propel. These networking organizations have helped young entrepreneurs become established in the state.

In the USM 2006 study, Maine’s College Graduates: Where They Go and Why, David Silvernail found that 66 percent of Maine college graduates either stayed in Maine or returned after college. That percentage is on the rise.

With the state’s focus on a green-energy economy, some graduates may find employment there, or set up their own company, based on research they may have conducted in engineering, composites or other sciences at UMO.

With broadband expanding, some may become entrepreneurs, working from home anywhere in the state. The reality is, there are new opportunities for graduates in Maine.

Still, many graduates might seek work outside of the state for a multitude of reasons, but more often than not those same individuals eventually return.

Perhaps it is the quality of life, a life where there is less aggravated competition between neighbors and jobs, a life where living in a town is living in a community, a life where people count and care. Where freedoms that were true at the creation of the nation remain standard bearers that are respected and built upon.

Maine’s quality of life has grown in the past seven years. Bangor and Portland were recently ranked in the top 100 as great cities to live, work, and raise a family. The creative economy is attracting professional people to start endeavors all across the state. Rockland’s former reputation as a biker town has been transformed to become a bicycle town, with galleries, cafes and restaurants.

People elected to public office reflect those they elect. That’s why Maine continues to do what is best for its citizens.

That’s right, the state of Maine lowered income taxes — for all. And they did it during the recession. When hard times hit, state revenues fall short, because businesses and citizens spend less, while the needs of citizens increase. This causes state deficits. Overall, 33 states raised taxes during 2008 and 2009. More are projected to raise taxes this year. Maine didn’t; the governor refused to increase the tax burden.

But, there is a movement to stop Maine’s income taxes being cut. Enough signatures were collected to put the issue on the ballot June 8th. Because of the new law, Maine’s tax burden now ranks 20th amongst the states, according to the Wall Street Journal, which referred to Maine’s income tax reductions as the Maine Miracle. This makes the state more attractive to people and businesses, as well as helping residents, come tax day.

There are also bond issues for the people to decide on this June. Most of these bonds will put over 2,000 people to work immediately on infrastructure jobs, as well as help research and development in green technologies. Bonds have proven their worth in the past and are helping Maine transition into the 21st century.

Many of the laws recently passed by the 124th Legislature have added to Maine’s quality of life. Many assist the green-energy economy. Now, because of new law, transmission corridors can go ahead, which will make the state a central hub to transmit electricity in a clean-energy economy. The implications for economic development are truly exciting.

With the best potential for harnessing offshore wind in New England, that future is underway.

According to Dr. Habib Dagher of UMO, Maine has the equivalent energy potential in offshore wind of 149 nuclear power plants. That’s a lot of energy waiting to be harnessed — more than enough to keep the lights on. We’re looking at the potential to eventually heat Maine homes and businesses by electricity. That would be a major transition for the state, one that could bring jobs, new companies, and energy security to the state, which could lead to economic security.

The Baldacci administration has laid the foundation for this new-energy economy to take off. The state and renewable-energy companies have received Recovery Act grants worth millions, because of the work already underway by the State.

Nobody can forget the real fear that gripped the state when gas prices nearly hit five dollars a gallon. People’s lives and livelihoods were at risk. Pensioners cut back on food, putting their health in jeopardy, in order to heat their homes. Business faltered under the pressure; some had to close. The people of Maine and its government did not stand by and watch; they pitched in and helped those in need. The crisis was all too real. It brought home the fact that oil barons have too much control over the economies of the world.

It brought home the need for energy independence, which opened new doors of opportunity for all, in Maine’s green energy revolution.

There are these new avenues for graduates because of the continuing work by people we elect to office, communities that care, and the determination to keep Maine’s quality of life — the way life should be.