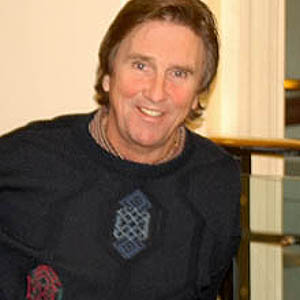 There are two reasons why the PTZ program is so important for the continued economic growth of the state,” said the governor’s chief economic advisor, Jack Cashman, (photo by Ramona du Houx at the left) who was the major architect to design the Pine Tree Zone program. “It has an aggressive tax incentive package which has attracted a lot businesses that have good paying jobs to the state. For Maine businesses, it has helped them expand. The best example of that is with our boat builders. Almost all Maine’s major boat builders have been certified as PTZ companies.”Ultimately, the PTZ program helps businesses make their final decisions on where to locate or if they can afford to expand. It’s working for Maine.

The biggest turnaround, from job losses into job gains, in the state’s recent history became official when athenahealth, a company that helps healthcare businesses manage data and information, bought part of the former MBNA headquarters. The Belfast location was the last of the call center sites that had closed when Bank of America took over MBNA operations.

“A lot of people worked hard to turn around a bad situation. We have some wonderful new employers at these call centers, with more people working than before,” said Governor Baldacci. “Maine represents pride, quality and craftsmanship around the world. We know that Maine people can outcompete, outwork, outdo anybody anywhere in the world. Our job, in state government, is to help give them opportunities.”

Since the MBNA closures, the governor and his team have been working to fill the sites with companies that would utilize the state-of-the-art call facilities to their best potential with jobs that pay well and have healthcare benefits. The Governor’s Pine Tree Zone (PTZ) program played a major role in attracting these companies.

Athenahealth wanted to expand to another location near Boston. It considered other sites in Vermont, Massachusetts, upstate New York, and Rhode Island. Maine beat the competition, largely because of these state incentives. “Maine won a multi-state competition to attract one of the most innovative, young companies in the U.S. today,” said the governor. “This is further proof that the best companies in the world choose Maine.”

According to Chief Operating Officer James MacDonald, Maine’s PTZ economic incentive packages were better than what other states offered. The PTZ program offers eligible businesses the chance to greatly reduce or virtually eliminate state taxes for up to ten years. “The state really has put out the welcome mat for companies like us, and we’re responding,” said athenahealth’s MacDonald. Those words have been echoed in different ways around the state at every location where Bank of America closed offices after they purchased MBNA. The companies that have taken over those locations all stated the top two major factors that made them decide Maine was the best business choice for them were: PTZ benefits and the state’s workforce.

“The thing is, the desire to achieve perfection should be present everywhere, but it’s not. It does exist in Maine,” said NotifyMD, Inc. CEO Dr. Garry Ferguson. “We struck lightning in a bottle here.” After six months in Farmington, NotifyMD, a company that provides specialized call service operations for medical practices, announced plans to expand to an additional Maine location. NotifyMD initially chose Maine after an extensive nationwide search.

T-Mobile, Acrobat Research in Calais, Connect North America, Synergy Solutions, and others have set up call centers in Maine, utilizing PTZ benefits. Call centers are not the only companies realizing the advantages of being certified as a PTZ company. Manufacturing business, high-tech business, traditional industries, and others all have taken advantage of the program that is helping to grow Maine’s economy. Business parks have popped up across the state in anticipation of more businesses realizing what PTZs offer.

The PTZ tax incentive initiative was introduced by Governor Baldacci in 2004 to stimulate growth in economically challenged areas. Since then 136 businesses have been certified. The program was expanded last year to encompass the entire state, making Maine the Pine Tree Zone.

Companies like Backyard Farms in Madison chose Maine because of the PTZ benefits and Maine’s workforce. Paul Sellew, the company’s cofounder, announced that a second state-of-the-art greenhouse will be built in 2008 to supply the demand for fresh tomatoes. “It’s the next step on the road to turn Maine into the produce capital of New England,” said Sellew. “The workers here are fantastic and frankly the PTZ benefits made Maine the most attractive place to start this business.”

Last November Commissioner of the Department of Economic and Community Development John Richardson announced a PTZ certification for Kennebec Lumber. The company plans to expand its high-end, quality lumber processing facilities. The expansion will create 10 to 15 new jobs that average $17 per hour.

“The DECD is pleased that PTZs are able to offer continued support to the manufacturing industry. Kennebec Lumber’s expansion will provide excellent new jobs to Somerset County,” said Commissioner Richardson during the certification ceremony. “With more companies conducting business in the global economy, the PTZ program is an invaluable tool that helps the state compete nationally to secure excellent jobs for our workers. The program also has been a boost to keep jobs in the state and grow Maine companies in Maine.”

“There are two reasons why the PTZ program is so important for the continued economic growth of the state,” said the governor’s chief economic advisor, Jack Cashman, who was the major architect to design the Pine Tree Zone program. “It has an aggressive tax incentive package which has attracted a lot businesses that have good paying jobs to the state. For Maine businesses, it has helped them expand. The best example of that is with our boat builders. Almost all Maine’s major boat builders have been certified as PTZ companies.”

Maine Built Boats is a consortium of Maine boat builders who, with the governor’s guidance and Cashman’s aid, came together to market their products in the global economy. Since their inception, they have received part of a federal grant, are selling more boats overseas, and continue to expand with PTZ benefits. China has become a key customer for Maine’s high quality boat builders.

“Ultimately, the PTZ program helps businesses make their final decisions on where to locate or if they can afford to expand,” said Cashman. “It’s working for Maine.”