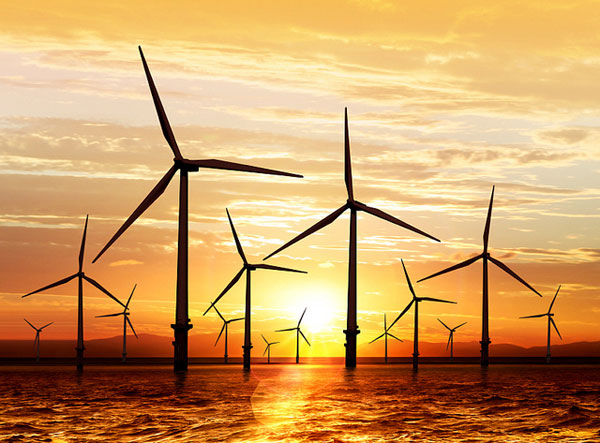 Governor John Baldacci was invited to met with other leaders of the U.S. Outer Continental Shelf states by U.S. Interior Department Secretary Ken Salazar in Washington, DC, to discuss offshore-wind development and energy transmission. The meeting was the first step in forming an Atlantic Wind Consortium that will ensure cooperation of the states and the federal government, to speed up federal permitting of offshore-wind facilities.

“It’s the start of the federal government being proactive, working together with coastal states to develop the potential in offshore-wind energy for America. We will be partners working hand in hand with these states,” said Secretary Salazar. “We in the United States do not want to be left behind in developing offshore-wind energy.”

The policy is a turnaround from the Bush administration, which made offshore-wind permitting onerous. Since Maine’s coastal wind potential was confirmed as being equivalent to the energy of 149 nuclear power plants, the state has been aggressively working to develop offshore wind. There are no offshore wind platforms anywhere in America. Europe has over 800 offshore wind platforms.

“Europe is ten to fifteen years ahead of us,” said Habib Dagher, director of UMaine’s Advanced Structures and Composites Center. “Federal regulations have stifled offshore-wind development. Right now it takes up to nine years to get permits from the federal government for offshore-wind projects. We’ll never compete with the world, as the president has said he wants, with the current offshore-wind regulations. Secretary Salazar’s commitment to streamline the federal regulation permitting process will change that.”

Dagher is the driving force behind Maine’s research and development in wind technology.

Last December, Maine’s Ocean Energy Task Force announced demonstration sites for offshore-wind technology located in Maine’s coastal waters, including a special test site for the University of Maine, off Monhegan Island. Dagher’s goal for his UMaine team is to have the first offshore, floating, demonstration turbine in operation by 2011.

Governor Baldacci explained at a Washington, DC press conference the steps the state has taken to become New England’s largest land-based, wind-energy producer. He said working with communities across Maine has helped.

“I believe very strongly in the potential of offshore wind in Maine. We have 38,000 miles of coastline, and our Ocean Energy Task Force has permitted four offshore wind test sites in state waters. We’ve been able to do it with the support of the fishing community, conservationists, and environmentalists,” said Governor Baldacci. “Maine has strong potential to become a national leader in offshore-wind development, and the federal support for our efforts is critical, especially in regards to streamlining permitting.”

For companies wanting to invest in offshore wind, they can breath a sigh of relief. No business wants to be held up by federal regulations. Having the commitment of the federal government to streamline the regulation process opens the door for investors looking to be a part of the offshore, green-energy economy.

“It’s ridiculous that a nuclear power plant takes half the time of a deep-sea wind project. They estimate that it takes seven to nine years for a deep-sea wind project under current federal regulations, and it’s less than four years for a nuclear power plant. I think their priorities have been in the wrong places,” said Baldacci. “Secretary Salazar, Secretary Chu, and the President all are committed to reworking the regulations for offshore wind. All the members of the Atlantic Wind Consortium, from Maine to Florida, will be working with Secretary Salazar to streamline these regulations. We all want the same thing, expedited treatment. Developers, communities and states need to have that assurance.”

For Maine it means that construction of offshore wind platforms could happen sooner than planned.

“It’s a huge step,” said Dagher. “With streamlined federal permitting, I’m sure the commercial platforms that will be built in federal waters will happen a lot sooner than projected. I want to commend the governor for speaking out strongly on Maine’s behalf for wind development. Without his help we wouldn’t be this well positioned.”

Issues of planning, siting, transmission, and coordinating between states and with the Marine Management Service were discussed. The secretary credited the governors at the meeting for being in the forefront of the efforts to harness offshore wind to achieve energy independence.

“These 11 states have been at the forefront, working on their own,” said Salazar. “Now, we will bring their expertise together and work together to make America a leader in offshore-wind development.”

Baldacci credited the Obama administration for its strong focus, financial support, and attention to reducing regulatory burdens, such as permitting for clean-energy production. Recovery Act grants have already been awarded to clean-energy producers in Maine, as well as UMaine’s wind-energy research.

“Maine will be the go-to state for offshore-wind expertise,” said Baldacci, who had an opportunity to talk with President Obama. “The President likes what we are doing in energy efficiency and offshore wind. He loves the fact we’re working with Norway on offshore wind, and with other businesses around the world, doing these things collaboratively.”

UMaine’s DeepCwind Deepwater Offshore Wind Consortium is a collaborative of researchers, businesses, and public and private stakeholders, who have built an impressive record in erecting land-based wind farms. That technological expertise and experienced workforce will help in the development of offshore-wind platforms in Maine and other states. The governor traveled to Norway to view the world’s first floating, wind platform. The concept of that platform will be used to develop offshore wind platforms here, working with the Norwegians and the DeepCwind Consortium.

The state’s vision of offshore-wind, floating platforms that could produce and export electric energy up and down the coast, as well as heat Maine homes and businesses, will take continued support to see it happen.

“Additional federal funding and a coordinated approach by federal agencies for siting of ocean wind and turbine projects are essential to facilitate ocean-energy production in Maine,” said the governor. “Maine is eager to lead the way to a more stable and secure energy supply that is renewable and will create jobs here in this country. I’m proud of the aggressive steps we have taken in Maine to show what is possible. We must break our dependence on fossil fuels to heat our homes and run our vehicles to improve our long-term economic and national security.”