Maine Governor John Baldacci escorts actress Victoria Rowell at the advance screening of the movie, Home of the Brave. The movie addresses the war in Iraq and how families deal with the traumatic effects when veterans return home. Photo by Ramona du Houx February/March By Ramona du Houx Last December Portland became Hollywood for an evening. The red carpet was […] 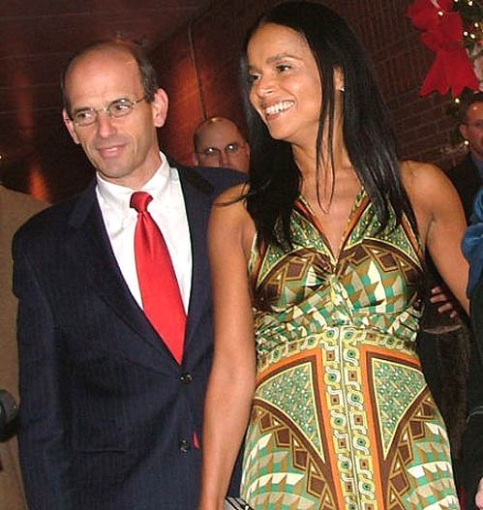 Maine Governor John Baldacci escorts actress Victoria Rowell at the advance screening of the movie, Home of the Brave. The movie addresses the war in Iraq and how families deal with the traumatic effects when veterans return home. Photo by Ramona du Houx

Last December Portland became Hollywood for an evening. The red carpet was unrolled in front of the Nickelodeon Cinemas, and actress Victoria Rowell, escorted by Governor Baldacci, walked energetically along it to the theater, where an advanced screening of Rowell’s new film, Home of the Brave was about to begin.

Proceeds from the event benefited the Maine National Guard Foundation Fund, Camp to Belong Maine, and the Boys & Girls Clubs of Greater Portland.

Maine has Rowell to thank for bringing a Hollywood premiere to the state.

“Victoria has never forgotten her Maine roots,” said Governor Baldacci at the premiere. “She is a true representative for the state and a wonderful role model. I’m honored to accompany her tonight.”

Born in Portland, Maine, Victoria Rowell spent her entire childhood in the foster care system. Under the auspices of the Ford Foundation, she received a full scholarship to the Cambridge School of Ballet in Massachusetts — when she was only eight years old. She flourished there, became a member of the American Ballet Theater, and participated in an exchange program with the Julliard School of Music & Dance.

Rowell got her acting break when she impressed Bill Cosby in an audition. Most will recognize the actress from The Young and the Restless TV series. She received eleven NAACP Image Awards and is involved with numerous charities. In 1990, she established The Rowell Foster Children’s Positive Plan (RFCPP).

“She’s a warmhearted person who cares deeply about children,” said State Senator Michael Brenen, who is on the board in Maine of the Casey Foundation, a charity for foster children which Rowell supports.

In recognition for her contribution in education, supporting foster children, and her work for human rights, Rowell received the United Nations Association Award. Recently, she received an Honorary Doctorate in Humane Letters from the University of Southern Maine.

Lea Girardian, director of the Maine Film Office, called Rowell and asked her if she could help Maine out in some way. Rowell then asked the MGM studio for an advanced screening of the movie in Maine. “Maine? They asked me. I said yes, Maine. And here we are,” said Rowell. “My mentors in Maine believed in me, I believe in Maine. It’s a special place.”

“Not only do we have competitive tax incentives, we have a welcoming workforce that will go out of their way to help in the production of a film,” said Girardian. “That’s important to film crews, directors, and actors. Maine also has any landscape imaginable, and the light is magical. It’s the perfect place to make a movie.”

Home of the Brave opens nationwide in January, 2007. Rowell portrays a medical surgeon’s wife in the movie.

Home of the Brave breaks new ground in highlighting the traumatic difficulties that surround some of our troops returning from war and the help that can be available to them. Similarities have been drawn between the Iraq war and the Vietnam conflict. A major difference is that during Vietnam the physiological services that we now have were nonexistent. U.S. Senator Kerry (Mass) was instrumental in working to achieve these services for our veterans.

Over 150,000 veterans live in Maine. It’s clearly evident we need these services to continue, but funding at the federal level has been cut back. Congressman Michaud, who serves on the Veteran’s Committee, has been fighting for these services. “The cuts were unconscionable,” said Michaud.

It is hoped that Home of the Brave will highlight the need for these services to be funded at a level that will accommodate our service people. Please contact your U.S. senator and congressperson about this important issue. These veterans served their country; now it’s time for their country to serve them.